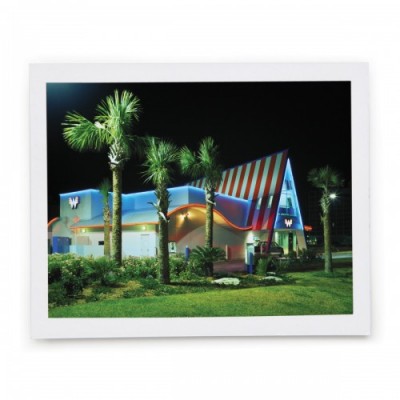 Y’all have a great night!

This morning, while I was drinking my morning coffee (brought to me in bed by my husband, as always), I opened my Facebook app. I always go straight to “memories” first, because it’s fun to see posts from previous years “on this day.” After that, I always scroll through my news feed.

Today as I scrolled through my news feed, I came across a post from a high school friend . He had shared a piece written by Sean Dietrich, whose column, Sean of the South, is followed by lots of good southerners, because we understand him, and he understands us. He has also written some well-received books about life in the south. He writes about covered dish lunches in church fellowship halls, southern childhoods, old ladies from the neighborhood, and other southern things. If you haven’t read him, you should. If you have read him but don’t “get it,” you likely didn’t grow up in the south. Sometimes, he writes about towns I’m familiar with…like Brewton, Alabama, where I lived as a child. He lived there too, and has some fond memories, just like I do.

His piece today was about Alabama, in fact. Apparently, he received a letter from a reader…someone in Brooklyn telling him how “backwards” Alabama is. FYI, Mr. Brooklyn, the word is “backward,” without the “s” in standard American English, but I digress. Mr. Dietrich’s response is a piece called In Defense of Alabama, and it’s good. You can read it here. He lists lots of great people from Alabama. He left out a few of my favorites like Harper Lee, Fannie Flag, Evander Holyfield, Channing Tatum, Condoleezza Rice, Jim Nabors, Nell Carter, Jimmy Buffett, and a host of other great entertainers, business people, leaders, coaches, and athletes, but in the piece, he makes some valid points about the great state of Alabama, but he forgot something…something very important.

Several years ago, my daughter and I flew down to Montgomery to visit my mother, and during that same weekend, we drove up to Tuscaloosa from Mother’s house to attend the Alabama/LSU football game. It was a night game (think great football under bright lights with an electric atmosphere)…the best kind of game in Bryant-Denny Stadium…and it ended late. We had to drive back to Mother’s house about two hours away, and it took us over an hour to get out of Tuscaloosa in the game traffic. No biggie, except about one hour into the drive, I was fading fast. We were on I-65 south of Birmingham, and I needed caffeine. With nowhere to stop in sight, I prayed the Whataburger at the Clanton exit was open 24 hours. Yes, I literally prayed Whataburger would be open. (If you’re familiar with Whataburger, you have probably prayed it was open on occasion too…it’s that good. To see their website, click here.) My daughter was praying too. We are late-nighters, but it had been a long day.

As we neared the exit, I could see that great orange oasis looming ahead. All the lights were on. Was it open? We took the exit, and as we neared Whataburger, we could see it was, indeed, open. We placed our order at the drive-thru speaker, and my daughter remarked at how sweet the voice was on the other end. She went on to say, “People in Alabama are so nice.” I said, “Yes, generally speaking, they are. How much do you want to bet she tells us to have a good night before we drive away?” She laughed. We pulled forward to the window and paid, and as the girl handed us our order, she said, “Have a great night!” My daughter and I looked at each other knowingly as we pulled away from the window, and my daughter said to me, “Not only did she say it, but she sounded like she meant it!”

I’ve written before about the “social experiment” we conducted a few years ago in Beverly Hills. We love Beverly Hills. In fact, we try to visit two or three times a year. But Beverly Hills and Alabama are very different in lots of obvious ways. We decided one morning as we walked down the sidewalk, to wish everyone a “good morning.” Most of the time, we got weird looks back. A few people managed to murmur “good morning” back as they tucked their handbags closer to their bodies. But several people reacted gleefully…hugging us and thanking us for the kindness, because they never hear “good morning” on the street there!

The next time we visited Beverly Hills, we were with friends from Boston. As we enjoyed our breakfast in a Beverly Hills restaurant one morning, a gentleman walked past our table on his way to the deli case and smiled. I smiled and kept talking to my friend. When he passed again, he smiled again. I smiled and gave a little wave…it’s what I do. Apparently, he walked past two more times, and I smiled without even realizing it. As we were leaving, he ran up to the door and stopped me, saying he and his wife were dining in the back of the restaurant and decided to see how many people smiled back when he walked to the deli case. He said, “I smiled at every person at every table I passed, and you were the only one who smiled back. Not only did you smile every time, you waved!” I told him about our previous social experiment, and we all had a good laugh. He asked where I was from, and when I told him I’ve lived in North Carolina for years but grew up in Alabama, he said, “I should have guessed! Southern hospitality!”

One thing you can know for sure: if you wish someone in Alabama “good morning” on the sidewalk or smile at them as you walk past in a restaurant, you’re likely to get a hearty “good morning” back…with a smile! And they won’t think you’re trying to steal their handbag! That’s what Sean Dietrich forgot to mention in his piece defending Alabama…the people. Visit, and you’re likely to be greeted warmly at every turn.

The people are the greatest thing about Alabama, where southern hospitality is alive and well.