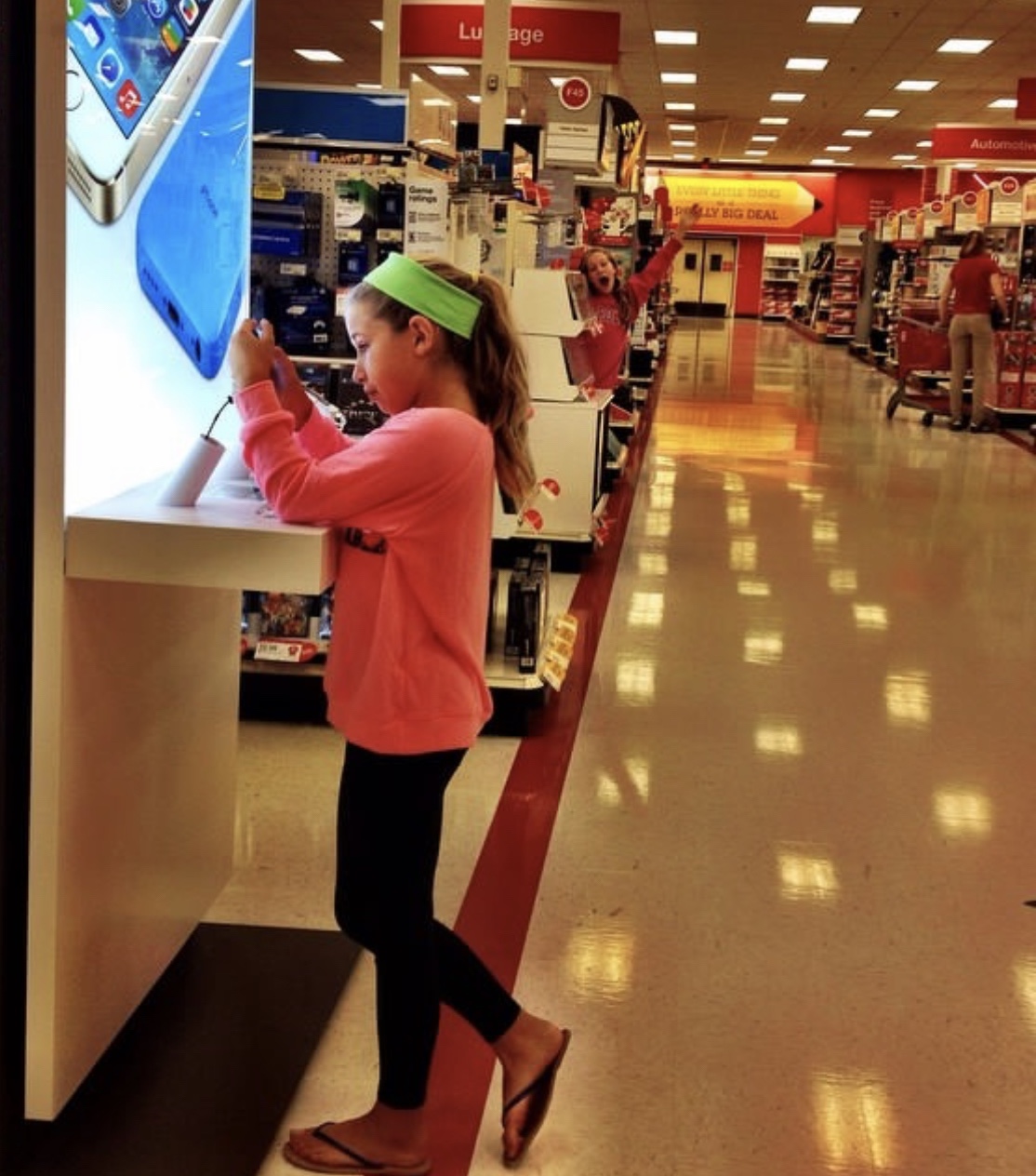 Almost 18 years ago, I had a baby. I was completely clueless. I had never taken care of a baby. I had never spent much time around babies. And somehow, I got the baby who didn’t require much sleep. Our pediatrician assured me I wasn’t doing anything wrong…I just got a baby who didn’t sleep. God does have a sense of humor. I love my sleep. He knows that. But He found a way to make me learn to live without sleep. The joke was on me!

Staying home all day with a baby who doesn’t sleep makes for a long day. When she was several months old, after the worst of the flu season had passed, I made a real effort to find places I could go with the baby…places I could waste lots of time. The best place I found? Target.

Yes, way back in 2004, Target saved me. I found I could put my baby in the stroller and spend hours in Target. She was happy, and I was happy. She was seeing new faces, and I wasn’t stuck at home. It was what I referred to as the “Target effect.”

The “Target effect” kept us going for a long time. I could take the baby there in the morning and spend time outdoors in the afternoon. Or if it was raining, we might put in extra time in Target. As our daughter grew older, Target entertained in different ways. We could have snacks (with Icees!) in the snack bar. We could wander through the toy aisles. So much fun in one place! It was especially awesome in winter! In fact, even after she started school, we would go to Target most afternoons after I picked her up , and we would get Icees and popcorn. It was a great opportunity to do a “post game wrap up” of her day.

As she got older, we added other places to our go-to list. Carowinds, a local amusement park, became our favorite place in summer. We got season passes, and I could push her around in the stroller for a few hours a day…with her climbing out to watch live shows or ride rides or play games. We would have lunch in the park and work up a good sweat. Good times! In fact, she would be heartbroken when the park closed at the end of the summer (and secretly, I would be heartbroken too).

Sports Connection, a local place with video games, bowling, inflatable trampolines, and a snack bar, became a favorite when she was elementary school age. I could relax in the snack bar and watch her move around the building with friends. Other places on our list were Gymboree Play and Music, Charlotte Nature Museum, and any splash park or swimming pool in summer.

We were also fortunate to have great friends in a very active “playgroup.” Originally, we met once a week, but as the kids got into toddlerhood and elementary age, we met almost every day we were in town during summer months.

I should probably write a thank you note to Target and all those other places for saving my sanity during those early years. But I owe a really big thank you to the lifelong friends I made along the way. I don’t know how we would have managed without our awesome playgroup. It was made up of moms from all over the country. We were from different backgrounds, religions, and political beliefs, but we developed incredible friendships that are still alive and well today.

Now that our daughter is entering her senior year of high school, I feel sure I will be calling on those friends to keep me sane again! Too bad our favorite Target got rid of the in-house snack bar. We could have survived our kids’ senior year together by having Icees together right there.