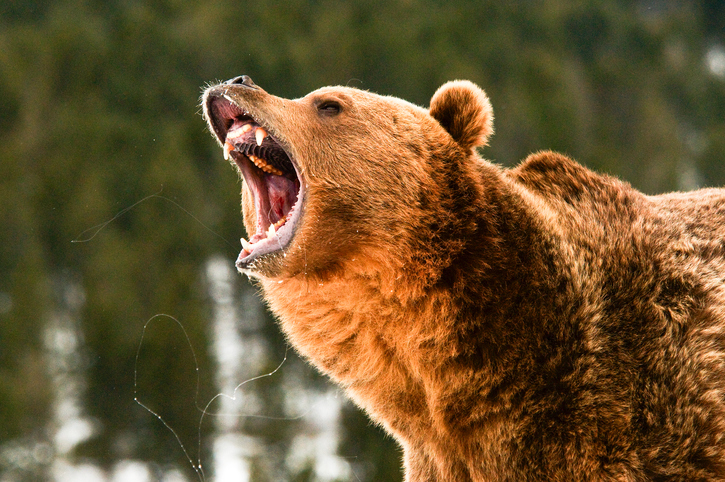 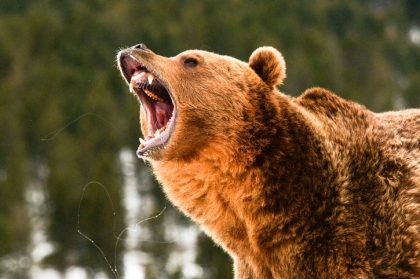 DISCLAIMER: I am not a mental health professional, but I am a mother. This post is written after being given the word “bear” as a prompt…I ran with it.

And then there are the times I feel like I’ve been gut-punched, because my child feels like she has been gut-punched. We feel what they feel, but we have to try to approach it rationally. If you’re a mama, you’ve experienced it…that feeling you get when you feel the need to protect your child, or even your teen, from something. You feel the need to intercede. It’s an instinct that becomes part of who you are when you become a mother.

It might be you feel the need to keep them from going to a party. Maybe you feel the need to talk to a teacher. Maybe parents need to come together sometimes. MOST of the time, I try to encourage my child to work things out on her own. (She’s fourteen. Sometimes they need help navigating.) But Mama Bear is always in there…sometimes she’s hibernating, but she’s there. 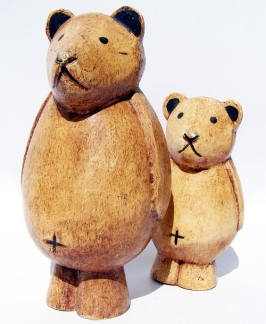 It’s an instinct that’s difficult to ignore. I know, because sometimes, I become Mama Bear.

Generally speaking, I don’t act on the Mama Bear instinct (and sometimes it’s painful to hold it in), unless I see what I perceive to be a real problem. Lots of times, I’ve had to vent to friends. Sometimes I ask for feedback about my instinct, but usually, I just want to vent. My friends know the difference. They know when I want feedback and when I want to vent. And some of them know when I need feedback, whether I want it or not.

I’m not a big complainer, and I’m a relatively reasonable person. Usually, if I run across a situation that I think needs to be mentioned, I sit on it for a while. I try to shelve it for a few days…a cooling off period, if you will. Often, I realize the “situation” was no big deal.

I have one child, a 14-yr-old daughter. What I have learned in her 14 years of life is something my mother always told me: Something might be a big deal to her, even if it doesn’t seem like a big deal to you.

Remember when your child was a toddler? There were things that bothered him/her that seemed completely trivial to an adult. For my child, one of those things was collared shirts. She hated them. When I put a collared shirt on her and realized how it bothered her, I couldn’t get it off her fast enough…because it became painful listening to her! Whew! What was a big deal to her initially seemed small to me, but after much ado, it became very clear to me that it was a big deal all around!

All these teenage “big deals” should be taken into consideration too. And sometimes, I have to help her put things into perspective. Easier said than done, but I try. If she continues to act like it’s a big deal, then I try really hard to see things from her point of view.

One thing I do know is that middle school girls are not like everybody else. I remember being 14, and I remember an emotional rollercoaster…daily. I also remember that I didn’t feel like I had the power to take problems to higher-ups, i.e. adults. So I kept my mouth shut.

My own daughter tends to do the same thing, like lots of girls her age. She gets upset about something, but she doesn’t say anything to anyone…except me. I try to teach her that she needs to learn to handle these “situations” on her own, but sometimes, it’s just impossible. Maybe she’s afraid she won’t be heard. Maybe she’s afraid of repercussions.

Let me clarify that I have never complained about a teacher. In fact, I am usually the first one writing a complimentary letter for just about anyone…teachers, flight attendants, customer service personnel, waitstaff, salespeople, hotel employees. Truly, I know people work hard for a living, and I like to help people. My friends actually LAUGH at how much time I spend writing complimentary letters, but I appreciate a job well done. I can’t remember the last time I flew somewhere and didn’t write a complimentary letter for at least one airline employee. Same with hotel employees. I find something good in them. That’s my long way of saying I’m a positive person.

Here is something else I know: sometimes we have to intercede on our children’s behalf, because truly, they feel like they are being disrespectful if they question authority. It’s an interesting thing we teach our children in this country: We start with “respect your elders,” and then we change our tune to “handle it yourself.” That’s a pretty confusing message to lots of preteens and teens…including mine. We even teach girls not to call each other out! How many times do we talk about how polite they have to be, and how many times have we said, “Be nice.” Ugh. Yes, please be polite and nice, but don’t be a doormat. They have this fear that they will appear too sensitive. They have a fear of getting in trouble for being “mean” when they defend themselves. My child has actually said to me, when someone has been rude, that it would be “mean” if she defended herself. WHAT?!? But sometimes, people will be rude as long as you let it go on. I’ve spent countless hours trying to teach my daughter to stand up for herself and others.

Most kids learn to handle it, including mine. Most of the time when this Mama Bear flares up,  no one ever knows it. 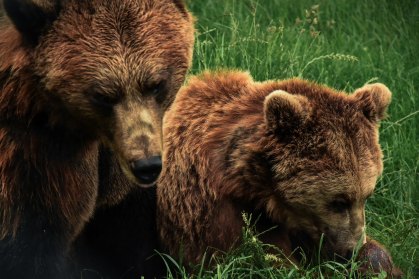 Usually, my flare-ups are about adults who act without considering the psyche of a 14-yr-old girl. Do people actually have that much difficulty remembering what it felt like to be that age? At 14, they are still part little girl and just taking one baby step into adulthood. They don’t know if they are little girls or big girls. They need guidance, and they need conversation, and they need someone to hear them.

And sometimes they internalize it…thus, the emotional rollercoaster.

Unfortunately, they often are afraid to speak up. That’s when Mama Bear has to step in. This Mama Bear always feels great pain about this. Generally speaking, I give people the benefit of the doubt, but problems arise when someone dealing with teens doesn’t take into consideration that they are still kids at heart. If someone doesn’t understand teens, they shouldn’t be in a position to deal with teens.

I don’t profess to be a mental health professional, but I am a Mama Bear. I choose to be a Mama Bear who TRIES really hard to keep it to herself.

I give a mean “stink-eye,” though.

Cheers to all the Mama Bears of the world!