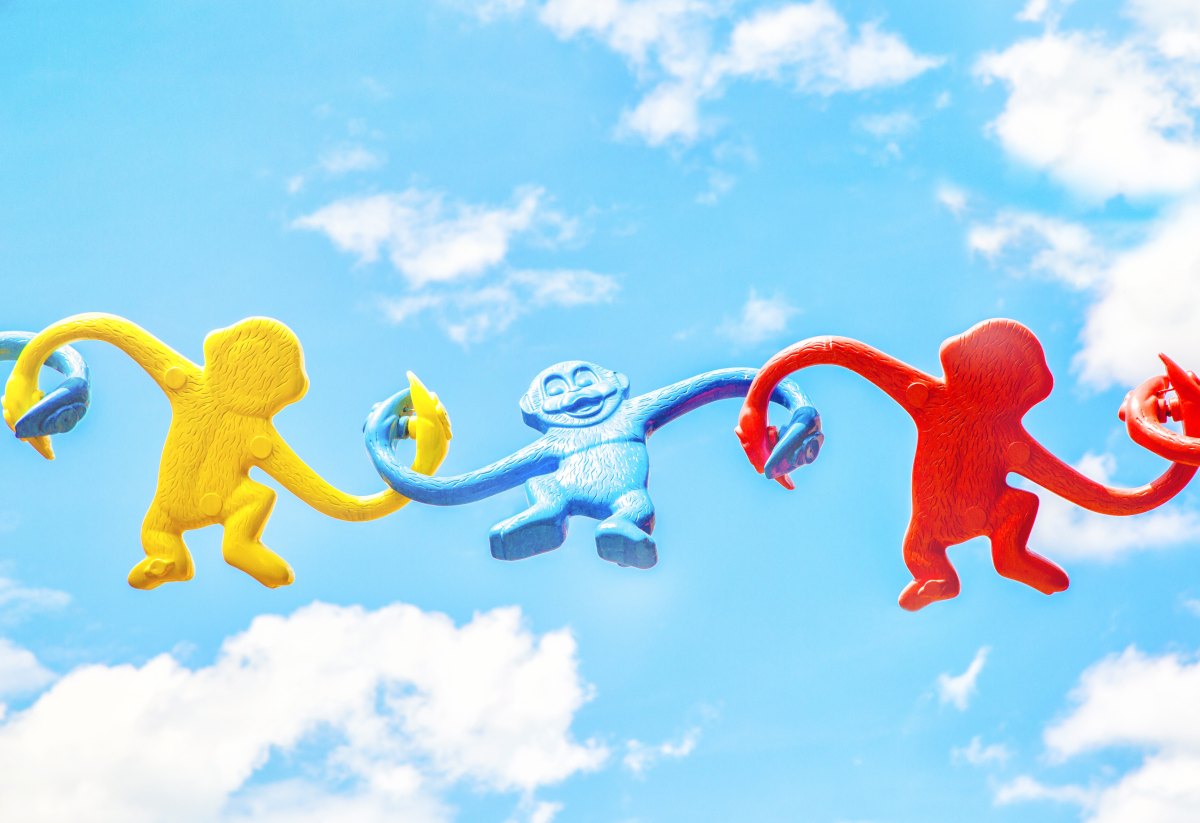 Community. This past Friday, a group of eighth graders changed my perspective on the meaning of that word. There was a time I would think of my neighborhood when I heard “community.” As I’ve grown older (not old…older), my perspective has changed, but it meant even more after a sporting event Friday. Sure, “community” can mean a neighborhood, but it can mean so much more, including a sense of fellowship with a group.

Friday, my daughter and her eighth grade lacrosse team played in the conference championship game. This team is made up of a group of girls who, for the most part, had never played lacrosse till last year. I think two, maybe three, of them had played before picking up the stick in seventh grade.

In seventh grade, they got some great coaching, and they learned a lot. At the beginning of last year’s season, it was painful to watch sometimes…they couldn’t throw; they couldn’t catch. As the season progressed, we could see rapid improvement.

This year, in eighth grade, the improvement was remarkable. They are bigger and stronger than they were in seventh grade. They weren’t undefeated. They didn’t even have a fabulous record. But they worked hard, and they played hard.

Here is where the word, community, comes into play.

These girls have been supported by their families all year. The parents and siblings turned out for every game, cheering them on, and encouraging them. Occasionally, some classmates would come out to watch, but eighth grade girls lacrosse is not always a big spectator sport. We could see them improving as individuals throughout the season, and we saw them improving as a team, as well. Every game, they went out and did their best, no doubt.

They are a team. They formed their own community.

This past Friday, for the championship game, they learned just how big their community is.

After the girls won the semi-finals game Wednesday afternoon, they went to school, and they took to social media, encouraging their classmates and lots of other people to come cheer them on in the championship.

I’m not living in a pipe dream. They aren’t all best friends. They don’t all hang out together en masse all the time, but they respect each other and generally like each other. I volunteer at school a lot, and I’m always happy to see these eighth graders. Civility is alive and well with this bunch.

Friday, the team showed up for the game, and so did lots of their classmates. Interestingly, the parents of this grade are all pretty supportive of each other as well, and since they knew I would be at the game, several parents of classmates who wanted to go watch called and asked if I would “chaperone” their kids at the game. Our school wants middle school students to be accompanied by an adult. It doesn’t mean a 1:1 ratio. It means they want the kids to have an adult looking out for them…someone to be responsible for them. I was thrilled when I got the calls and texts, because I knew the kids were planning to attend..

When I arrived at the stadium, I was amazed. There was a big group of eighth graders, and even lots of younger students and a few older ones. Lots of parents who don’t have daughters on the team were there. I looked around and saw families with younger children, and before the game started, more and more members of our school community arrived…teachers, administrators, staff members, and lots of students of all ages. I was thrilled, and I’m sure the girls were too.

The girls’ classmates arrived carrying signs they’d made on posterboard! The eighth graders who were spectators…lots of boys and lots of girls…gathered together in one section of the bleachers. They cheered often, and they cheered loudly…great kids, I tell ya.

In the end, we lost the game, 8-6…two late goals by the other team. No one was happy about that, except the other team, but there were lots of supportive hugs on our side of the field after the game. Our girls had worked hard through the entire game, and while no one loves a loss, I was proud of how hard they had played, and I was proud of our school community. Winning is infinitely more fun than losing, but sometimes we learn more about ourselves and those around us after a loss.

The team mom hosted the girls for the end-of-season party after the game, and while they were disappointed about the loss, they had good perspective.

They all know some of them probably won’t be playing lacrosse in high school. Some of them will pursue other interests, but these girls made some great memories together. There were lots of photos at the party, because for this generation, if there isn’t photographic evidence of something, it didn’t happen. I’m OK with that, though, because I know how pictures can bring back great memories when you look at them later.

I even have a few photos of the eighth graders in the bleachers. I’m saving those for their high school graduation in 2022.

I’m so proud of these kids’ sense of community. They understand the importance of supporting each other. I have a feeling almost everyone in their grade would have loved to be there, but some of them couldn’t be there for one reason or another. I hope they will carry that sense of community with them till they graduate and beyond.

One boy’s mother texted me hours after the game Friday night thanking me for “supervising” the boys at the game, adding, “I loved that they wanted to go support the girls’ team! The boys owe them after all those basketball games they stayed to watch.” During basketball season, the eighth grade girls’ games are before the eighth grade boys’ games, so often, the girls would stay late to watch the boys play.

I told her, of course, that I was flattered to get to “supervise,” adding that I love this eighth grade group.

We’re all in this together!