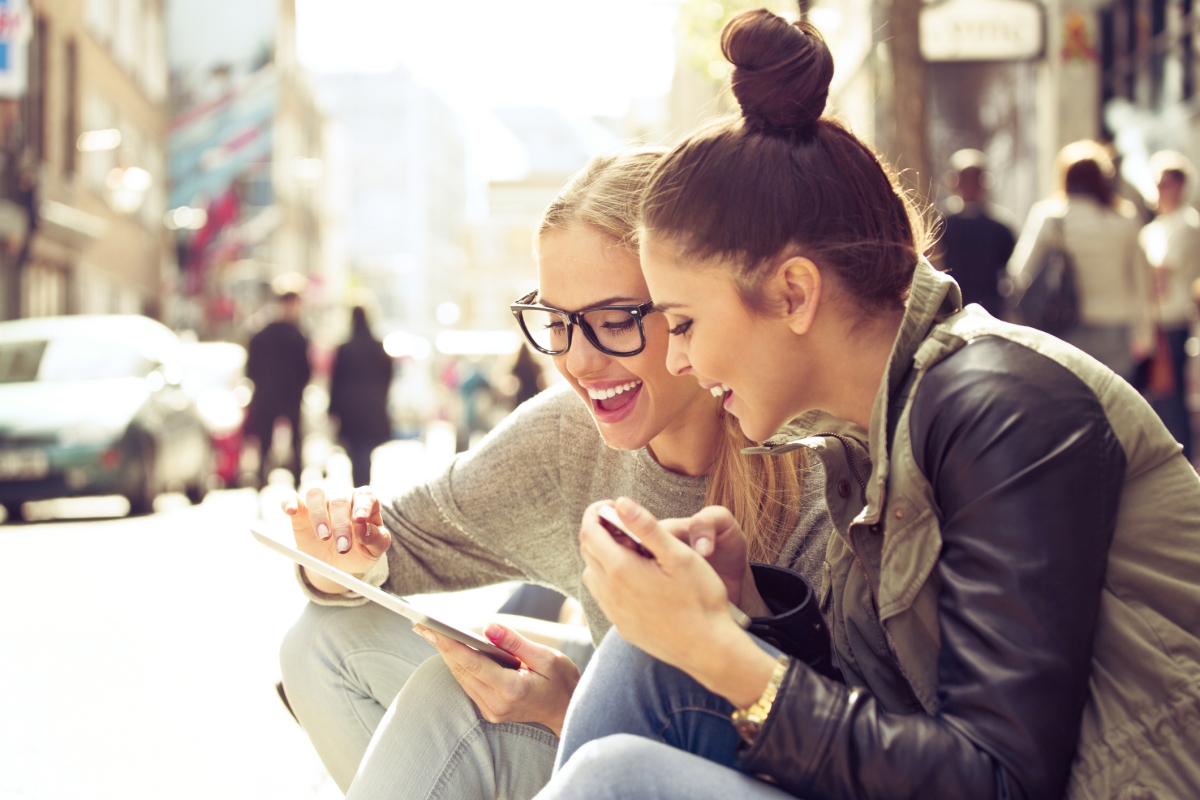 Back in December, we went to Los Angeles. My daughter took a friend, and my sister-in-law went too. We had a fabulous time, but most importantly, we did a good deed.

Now, I’m not boasting about the good deed to get props for it. My mother always said you cancel the value of your good deed if you boast about it. I’m telling the story, because it is a good example of how social media can be used for good.

So often, we hear people talk about how terrible social media can be. You’ve heard it all: Social media make people feel badly about themselves. Social media cause people to compare their lives to others. Social media provide a platform for bullying. Social media are a giant time suck. (Before you think I used those verbs incorrectly, you should know “media” is plural for “medium.”)

While all of that may be true, I love Facebook and Instagram for the good things they do.

I joined Facebook in 2008, because a friend from high school invited me. I didn’t use it much at first, because I didn’t “get” it. As other people started signing up, it became more interesting and a lot more fun. It became the perfect place to share photos and experiences with friends, and then, as my long-distance family started signing up, it became even more meaningful. I had a small child at the time, and it was a great way to keep up with family in other states, sharing photos.

To me, it’s fun, and I believe if it is used correctly, it can make us all feel more connected. I’m always amazed at how my “worlds collide”! I love to find that a friend from Charlotte knows one of my friends from college.

So, back to our trip to Los Angeles in December.

We had visited Dylan’s Candy Bar (one of our favorite places to visit!) and a few other stores at The Grove one afternoon. Afterward, we decided to go back to the hotel to freshen up before dinner. The Grove, like other shopping centers, has an Uber pickup location, so we made our way there and summoned an Uber car. We had a five minute wait.

While we were waiting, a family was getting into a car, and my sister-in-law, Suzanne, saw something on the ground next to the car. She pointed it out to me, and I walked over and picked it up. It was a wallet. I asked the gentleman getting in the car if it was his, and he said, “No. I saw it fall out of someone’s pocket as they were getting into the car that just drove away.”

Here’s where you hear that sound in your mind like a record scratching or the sound of brakes locking up. What?!?!? You saw it fall out of someone’s pocket, and you didn’t let him know?!?!

Of course, I didn’t say that. I just gave him a confused look.

I walked back over to my sister-in-law and the girls, and we opened the wallet, hoping someone’s phone number would be in it. No luck. BUT there was an ID and a debit card. We decided to take a picture of the ID and turn in the wallet to the valet at the taxi stand. When I handed it to him, I got his name, and he said he would take it to security immediately.

We got into our Uber car and went to work searching for the owner of the wallet. Since we had a photo of the owner’s ID, we immediately started trying to find him on social media. He was a 17-yr-old from San Francisco, so not only had he lost his wallet with his ID and debit card, but he was away from home! I could only imagine how terrifying it had to be for him to be so far from home with no ID and no debit card. The good news: since he was 17, we were likely to find him on social media.

We found him on Facebook, and first I tried to call him through Facebook. When he didn’t answer, I sent him a private message there, telling him, “You dropped your wallet outside The Grove. I turned it in to A*****o at the Valet, and he was taking it to security.”

Next, we found him on Instagram, and we sent him a private message there, saying the same thing.

We arrived back at the hotel with extra time to relax before we had to start getting dressed for dinner. I was still worrying about the 17-yr-old who had lost his wallet. I’m not sure how much time passed, but an hour or two after we sent the messages, we received a message back!

When I received the message, I yelled to Suzanne and the girls, “He messaged back!” We all gasped with excitement, and they gathered ’round as we read the message.

The young man was on his way back to The Grove to pick up his wallet. He was most grateful, saying he was crying he was so happy. He had realized it was missing and felt sure he would never find it.

We all cheered, and I typed that we were so happy he had received our message.

He immediately messaged back, asking how he could repay us. Of course, we wanted no repayment. Just knowing he had his wallet made was payment enough.

By this point, of course, I was crying…yes, crying, and my daughter was making fun of me for it, but we were thrilled for him.

Not only is that story a good example of how to use social media for good. It’s also an example of how doing something nice for someone else also benefits the do-gooder. We all had smiles on our faces for the rest of that evening. In fact, I feel pretty sure we drank a toast to that young man at dinner that night.

Another example? Just last night, we were at dinner, and our server told us her cell phone had gone missing during a recent golf tournament. A few days later, she received a message on Facebook from a gentleman saying he had found her phone.

How many times have you reconnected with an old friend via social media? I’ve planned entire group reunions on social media. How many times have you actually become friends with someone because of social media? I have several friends I met through other friends on Facebook, simply because a mutual friend said to one of us that we should be friends. In fact, I ran into someone the other day with whom I became friends on facebook after we met once in Panera. We talked like we were old friends, because we feel like we know each other after seeing each other on Facebook.

This is my way of saying that most of the time, I’m thankful for social media. If it is used correctly, it can be a great tool for staying connected, networking, and yes, even reuniting people with their lost wallets and phones.

I still smile every time I think of that 17-yr-old boy’s excitement about getting his wallet back. And I laugh when I remember I actually cried tears of joy.