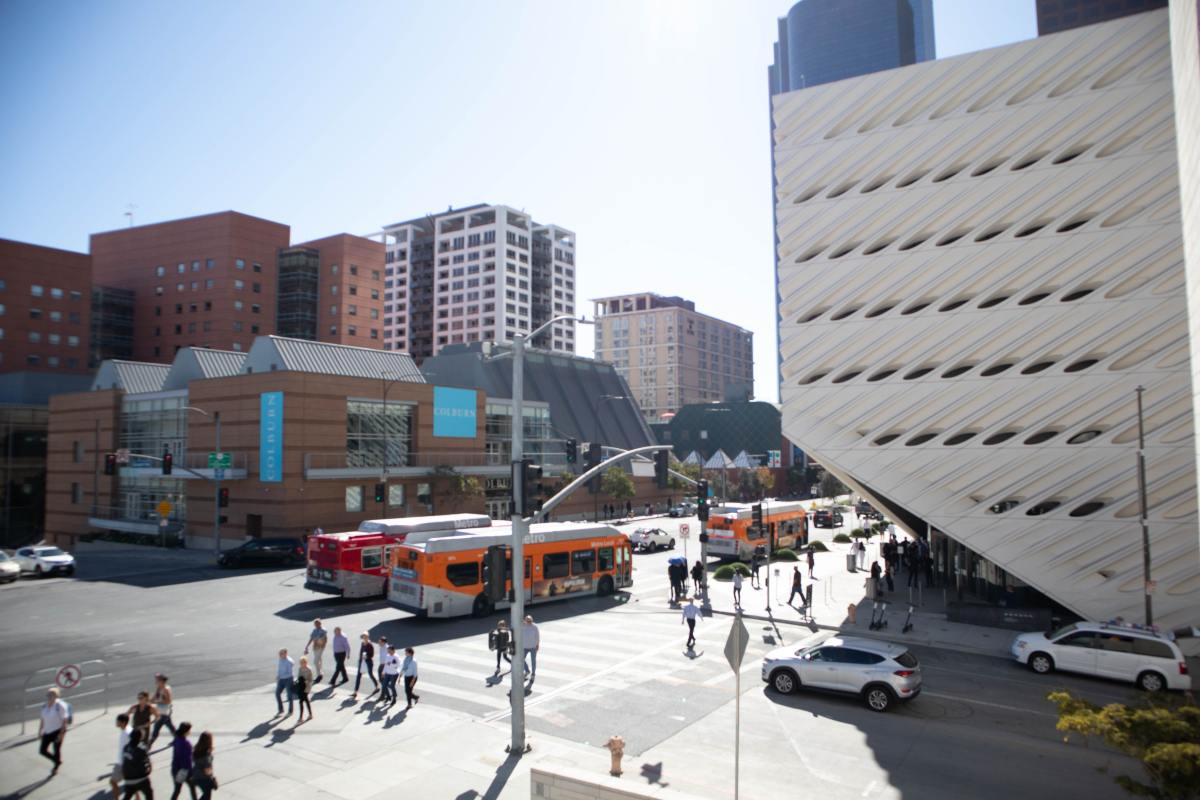 We took the bus.

In 2012, my then-9-yr-old daughter and I met my friend, Mary Ann, and her son in Los Angeles for a five-day vacation. We had visited the city before, but we decided we would make this particular trip a little different than other trips. We decided we would give our kids some opportunities to learn, and of course, we learned along the way too.

Mary Ann and I decided before we went that we were going to do this trip differently. One big change? We would purchase bus passes for each of us and use public transportation for most of our travels through the city. At 45-years-old, I had only taken a city bus once…the previous year in Los Angeles, and on that particular trip, I got off at the wrong stop. But this time was going to be different. We thought it would be good to expose our kids to the city bus system…see the world through a different lens instead of our locked car doors. And we were right…

We didn’t know a lot about how the whole bus thing works, so we took a cab to the city bus station, where we purchased one-week passes for each of us. I don’t remember how much they were, but I think they were around $20 each. We also picked up some pamphlets that listed information about the bus system, and we learned we could download an app that would help us navigate the city. And our adventure began.

Near the bus station was La Brea Tarpits. I didn’t really know that much about La Brea Tarpits, except I remembered hearing Johnny Carson make fun of it on The Tonight Show when I was growing up. But there it was…just down the street…so we walked down and did the full-on visit. It was well worth our time, and a good learning experience for the kids. If you visit LA with children, especially kids who have an interest in prehistoric creatures, I highly recommend La Brea Tarpits. See more info here.

Upon leaving La Brea Tarpits, we had our first bus experience. We swiped our passes when we boarded, and we were off! I don’t remember much about it; it was pretty uneventful. That particular bus wasn’t even crowded, so we had plenty of space.

Everywhere we went, we referred to the app on our smartphones for help in figuring out which bus to take where. I told Mary Ann that I didn’t know how lots of people figured it out! It really isn’t that easy to master the system, but we were getting lots of help from the app…thank God Mary Ann discovered it. Our bus experiences were pretty darn pleasant. One day, when the bus was crowded on the way to Santa Monica, a young lady offered to let me sit next to her instead of standing. I spoke to her and quickly learned she was deaf. Using the minimal sign language I had learned in my youth, I asked her name. She signed back to me that her name was Crystal, and a friendship, albeit brief, was born! My daughter couldn’t believe her eyes as I chatted with Crystal in my very limited knowledge of sign language, but she could see we were communicating. I explained to her that Crystal couldn’t hear, and she said, “I figured that out, but how do you know sign language?!?” As I’ve said before…I’m a Jill of all trades but a master of none. When we arrived in Santa Monica, we all got off the bus, and we never saw Crystal again, but she made an impression on my daughter…as did my sign language skills.

Another day, we were on a very crowded bus…not even elbow to elbow…it was body to body crowded. A young lady who was standing near me asked me which stop would be closest to her hotel. I said, “I’m flattered that you think I look like I know what I’m doing, but I have no idea.” She explained that she was an exchange student from China. I introduced myself and my fellow travelers, and then I asked a gentleman nearby, who appeared to be homeless, and he gave her directions. At the next stop, when we couldn’t get off the bus fast enough before the doors closed (it was crowded!), the same homeless gentleman came to our rescue by yelling to the driver to stop for us to disembark. Whew! Who knows where we would have ended up?!? My daughter learned there are kind people everywhere, and they don’t all look the same.

We did get off the bus at a wrong stop one day during our adventure, and we believe our kids witnessed a drug deal going down. I guess that’s educational too. We just kept walking, trying to act nonchalant, while we were in fear for our lives, but we made it. The kids were complaining that they were hungry, so we stepped into a fast food joint, but that didn’t last long either. Halfway through our meal, a fight broke out, and we totally ditched the food and got the heck out of there…another lesson, for sure.

I have written before about our “social experiment,” but here’s a quick recap: while walking to breakfast one morning, we took turns greeting everyone we passed on the sidewalk with “good morning.” Some people looked afraid. A few others murmured something back, but three different people stopped us and thanked us for wishing them a good morning. They all asked where we were from, and they were all from somewhere besides LA and said we reminded them of home! Did I mention one of them even hugged us? The lesson there is that you can’t make everyone happy, but maybe you can do something small to make one or two people happier.

I haven’t felt the need to take the bus on subsequent trips to LA. We rent a car at the airport these days and get around pretty easily. But we will always have the memories from that trip.

We took the bus.