Tonight I walked into my local Bath and Body Works for the first time in a while. My daughter was obsessed with this store for a few years. She loved their hand sanitizers, shower gels, and fragrance mists. Eventually, I started to like the fragrance mists as well, because I am not a big fan of perfume or cologne. When you have migraines, strong smells are not your friend. I ran out of my favorite fragrance mist today, so I ran to Bath and Body Works after I dropped off my daughter at a party.

When I walked into the store, a very pleasant saleslady greeted me, and as I stopped to take a whiff of a Pumpkin/Waffle scented candle, she asked, “Are you ready for fall?” What? Just sniffing a pumpkin/waffle candle makes me ready for fall? Of course I’m not ready for fall! I don’t even want school to start!

Instead, I just said, “Not just yet. I wish summer could last a little longer.”

The fragrance I usually use is Vanilla Bean scented, but after that exchange about fall, I was looking for something more summery, and boy, did I ever find it! I actually found a fragrance mist called At The Beach! Could it be more perfect? I picked up the sample bottle and sprayed some on my arm. Ahhhh….the scent of suntan lotion and sea mist! I picked up a bottle, and then I picked up another. Then I picked up some At The Beach Body Cream. Even though summer has to end, it doesn’t mean I have to stop smelling like summer! I’m walking around smelling like the beach! If you’d like to smell like the beach or purchase candles that smell like the beach, you can go to Bath and Body Works by clicking here. 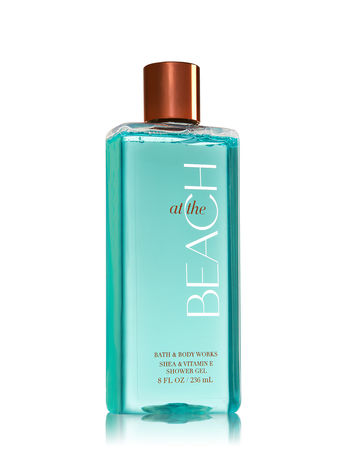 Of course, I picked up some of my favorite Vanilla Bean fragrance as well, but I will put off using that for as long as I can.

In the past, I’ve extended summer for myself by using tanning oil or suntan lotion as moisturizers. If you’ve ever walked into a meeting I was attending and thought you smelled Hawaiian Tropic tanning oil, you probably did. I’ve been known to moisturize my skin with it. Nothing takes me back to high school like the aroma of Hawaiian Tropic. Or sometimes, I will use Coppertone Tanning Lotion, which immediately takes me back to my childhood and makes me think of the old ad…you know, the one in which the puppy is tugging on the little girl’s swimsuit. I actually had a beach towel with that ad on it when I was younger. You can purchase the oil and lotion in Target, Walmart, or most any drugstore. 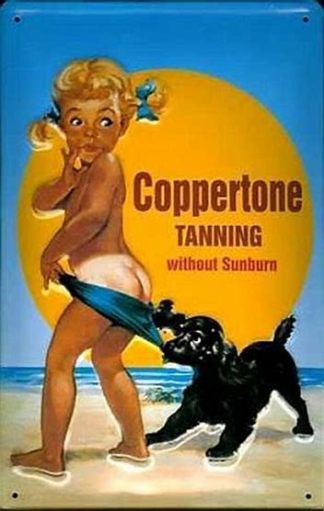 This next summer-extending product is not something that smells like the beach, but it does taste a little like sunshine: Chick-Fil-A’s White Peach Tea Lemonade. What says summer more than lemonade? White Peach Tea Lemonade…that’s what. I happened upon this recently when I zipped through the drive thru of a Chick-Fil-A. I was waiting in the line and saw an ad on the menu board for this special tea, so I decided to try it. Normally, I don’t drink my calories, but I drank them that afternoon, and it was worth it. It has been added to the menu permanently after being tested in various markets. I know in November when I need to think of summer, I’ll turn into my neighborhood Chick-Fil-A.

Even after school starts, I’ll be dragging summer out a little longer in other ways too. I’m growing corn and tomatoes in my backyard, and right now, it’s looking like the corn will be ready to harvest around Labor Day. Maybe I’ll be able to talk my husband into grilling some hamburgers to go with our fresh, homegrown, sweet corn. And we’ll put some of the tomato slices on our burgers. My first tomato harvest wasn’t so good earlier this summer, so I’m hoping these late ones will be better. My sunflowers are just about to bloom, so they’ll be pretty for a few more weeks too. It could all make for a lovely Labor Day, which happens to be my mother’s birthday…our first without her. She would be proud.

Labor Day weekend also marks the beginning of college football season, so that’s something to look forward to.

I plan to smell like summer while drinking my iced tea till at least November. Maybe then I’ll light a pumpkin/waffle candle, but I will still be dreaming of summer while I sip my White Peach Tea Lemonade.