It’s difficult to believe. Our daughter is 15 today. As I type, she has about 15 more minutes to sleep before getting up for school…ninth grade, a high school freshman. How did we get here so quickly?

It has been 15 years since she changed our lives. Wow. We had no idea what we were doing as new parents, and we have no idea what we’re doing as parents of a teenager. We take it one day at a time. Even last night, she asked me if she could go to some concert in a couple of months, and I answered, “Can’t we deal with that when it gets a little closer?” Sometimes, I refuse to believe she is old enough to go to concerts.

Getting here has been a journey. Our daughter was never a sleeper. Even as an infant, she didn’t really nap. She was always wide-eyed and always moving. I’ve always said she is just like my brother. He was always on the move and still is. It serves our daughter well in athletic endeavors. She has lots of energy, and the athletic field is the perfect place to use that energy. Of course, all that energy disappears when I try to drag her through a museum…but that’s OK. Museums are usually quiet places, which is why she doesn’t enjoy them. I get it.

When she was two, our pediatrician told me, “What you have here is the classic strong-willed child. It will drive you crazy, but it will serve her well.”

I remember milestones…her first day of preschool, when she was ten months old. I needed a break one day a week, so she went for three hours to the preschool at our church. The first time she went, I cried as I walked away. And then her first day of “real school”…transitional kindergarten at an independent school. I didn’t cry that day. I was excited for her. She was four years old. She would turn five years old six weeks into the school year. But on that first day of “real school,” I drove up, and she got out of the car like a pro and walked up the sidewalk to her new classroom. I can remember what she was wearing. I wanted to watch her walk up the sidewalk and into the building, but it would have caused a logjam in the carpool line, so I drove away.

There are so many memories. I remember her crawling at breakneck speed. Her first tooth emerging when she was 10 months and 2 days old…later than most. Her first steps when she was 11 months old…she walked and then ran all in the same day. The joy on her face on Christmas mornings. She always loved Santa; she was the little girl who would sit on his lap and talk his ear off. How she was afraid of the Easter Bunny…a giant bunny coming into her house was terrifying, so he always left her basket just inside the door. I remember when she fell at preschool when she was three, popping her lip open. I remember walking on the pier with her at our condo on the bay, alligators in the water beneath, holding her hand so tightly it turned blue. I remember watching a nutria forage for food underneath the same pier. Our girl loved digging in the dirt in my parents’ yard and running back and forth across the bridge in their front yard. She would catch the giant black and yellow horse lubber grasshoppers that populate the Gulf Coast with her bare hands. 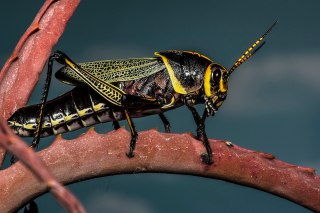 When she was little, she loved Easter Egg hunts year round. She loved playing outside with her older cousins. She has always loved being outside. We still remember the look on her face during her first trip to Disney World when she was four. We spent countless afternoons over the years with our playgroup…having fun with friends. We’ve gone on road trips with friends and other vacations with friends…New Orleans, Upstate New York, Maine, Puerto Rico, Atlanta, Chicago, Kentucky (slept in a wigwam!), San Francisco, Louisville, and more. I remember when the admissions counselor at her school told me how sweet she was during her visit (she was four years old) when they asked her, “If you break a cookie in half, how many pieces do you have?” She answered, “I would have two, but I would give one to my friend, Caroline, because she’s in the hospital.” I remember when she was taking swimming lessons as a toddler, and every week, she helped a scared little girl walk to the pool, taking her by the hand and walking her over. I vividly remember dropping her off at the airport in New York last summer for a two week trip to Iceland, and I can still remember the joy I felt when she was back in the USA. My husband and I have watched hours of soccer, field hockey, basketball, and lacrosse. We went to dance recitals when she was a little girl…cute little yellow tutu with temporary tattoos all over her arms. I can still see the look on her face the first time she went to an Alabama football game at Bryant-Denny Stadium…it took her breath away. She has always loved rollercoasters…we were regulars at Carowinds Amusement Park for years…going almost daily when she was two, three, and four.  I’ve taken her to see concerts: Miranda Cosgrove, Matty B, Selena Gomez, Big Time Rush, One Direction…even One Direction opening for Big Time Rush. She has met some of her favorite athletes: Minkah Fitzpatrick, Teddy Bridgewater, Tony Romo, Russell Wilson, Cam Newton, Evander Holyfield. I should mention she also met Squishy Paws from Ricky, Nicky, Dicky, and Dawn, but only because I recognized the sweet little pooch when we were touring Paramount Studios…a proud moment. I’ve taken her to Los Angeles at least once a year since 2011, and she never gets tired of it.

On the journey to fifteen, she has lost two great-grandmothers and two grandparents…most recently, my mother this past December. She has had broken bones (wrist and shoulder) and multiple sprains. When she was ten, she came down with the flu on Christmas Eve. Yes, Christmas Eve. Since she was awake sick all night, Santa had a tough job that year. After a couple of nights at home with the flu, she and I moved to the Ballantyne Hotel for the next three nights and ordered room service till she was well. She has endured the stress of trying out for sports teams and standardized tests at school. She has watched her daddy go through brain surgery. And now she’s in high school. She is enjoying the transition from middle school to high school, and one day, I hope she will enjoy the transition to college just as much.

Before she goes off to college, I plan to make lots more memories…and afterward too. But since I know she leaves for college in less than four years, I want to make these high school years the best they can be.

One thing I know for sure is that she teaches us far more than we teach her.