Our daughter is a high school sophomore, and she and lots of her friends are turning 16. No one is more excited than she is. In fact, if I asked her right now how long till her birthday, she could likely tell me how many days and how many hours. More importantly, if I asked her how many days till she can test for her drivers license (a few days after her birthday), she might know down to the minute.

Lots of friends have told me stories about watching their kids drive away on their own for the first time. For some, it’s scary and nerve-wracking. Others say it’s exciting, knowing their children are gaining more independence. One friend has told me how upset she was when her son drove to school by himself for the first time, because it hadn’t occurred to her that the last time she drove him was the last time.

While we are excited for our daughter, there is a little apprehension. She’s 16, and her brain still works like a 16-yr-old. Driving is a big responsibility. We have done everything we can to prepare her for this moment. While North Carolina requires young drivers to log 60 driving hours while they have their learner’s permits, we have required her to log 120 hours. It gives me a little peace of mind to know she has logged double the required number of hours. We have reviewed different situations in driving:

There are so many things to know/learn when driving. I remember when she was younger, she once asked me if driving is difficult. I explained to her that no, the act of driving is not difficult; it’s the other drivers/cars on the road that make it difficult. Anyone who can drive will know that is true. You never know when someone will follow you too closely or stop unexpectedly in front of you. You never know when a car will turn in front of you or change lanes on top of you. And we all make mistakes while driving…we just have to hope we don’t make big mistakes. And if you’re wondering…yes, I’ve taught her all about the courtesy wave…when someone lets you into traffic…when you make a mistake that affects another car…courtesy wave.

So here we go…in a few days, if she passes the test, she will be driving by herself. Several of her friends have failed the driving test the first go-round, so we aren’t counting on it being a sure thing. My husband will take her to the DMV, and they will call me afterward. He navigates government offices better than I do. He also navigates cell phone stores better, but I’ll save that for another day.

The bad news is that I won’t have that car time to chat with her. Now, when I bring her home from school or sports practice, that drive time is a little decompression time. We catch up. She likely won’t be a passenger in my car very often for the rest of her life.

The good news? I won’t have to drop everything to pick her up somewhere. She can drive herself to and from school and sports practices. She is excited. She is gaining some independence, and I can have a cocktail on the patio in the afternoon!

Now, she just has to pass the test. 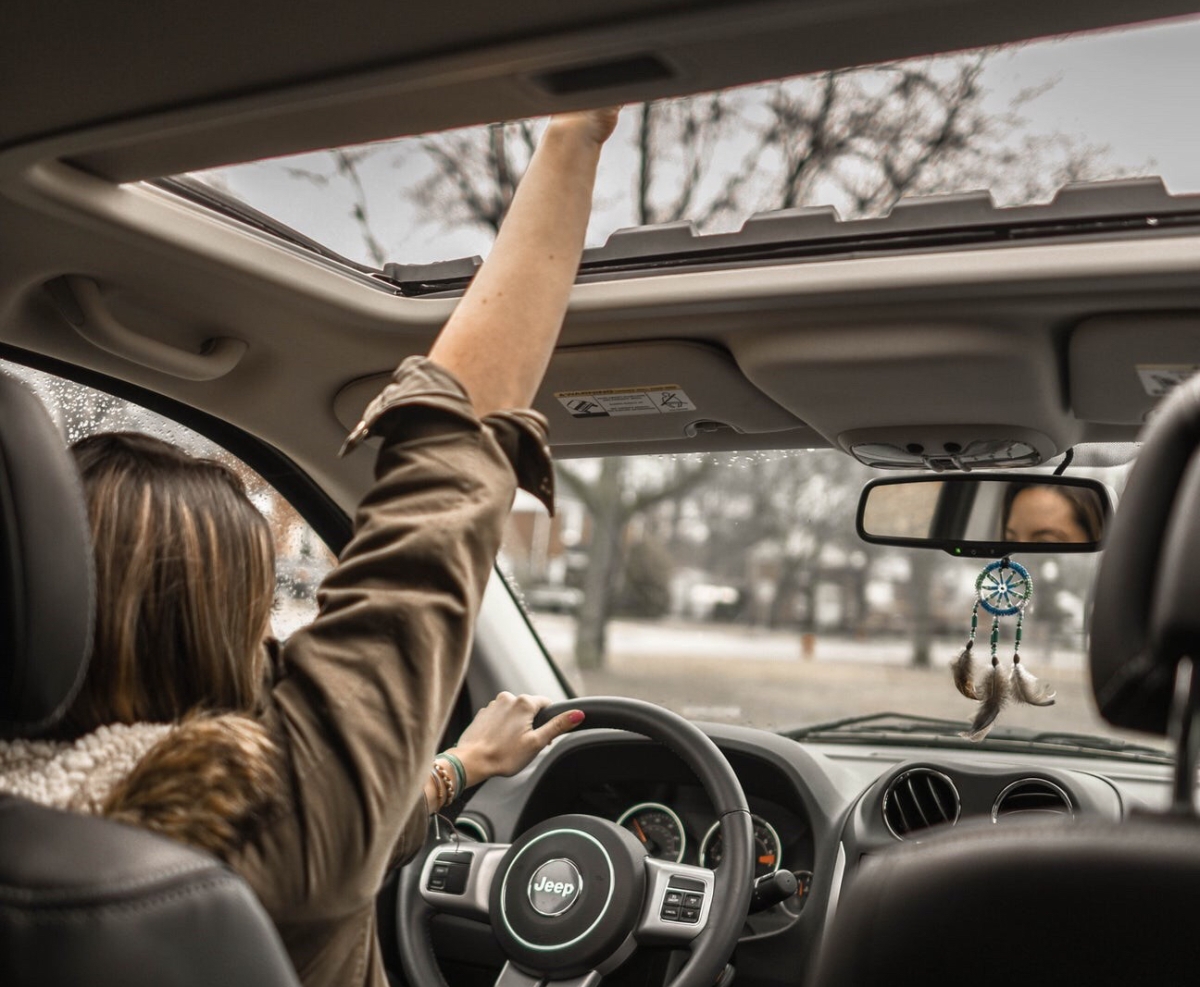 Is it possible there are people out there who don’t know what a courtesy wave is? I guess it’s possible. I grew up thinking everyone knew about it and everyone did it, but as time has passed, I’ve come to realize some folks still don’t know. Are we witnessing the slow death of the courtesy wave?

Last week, when I was driving to school, a man was trying to back out of his driveway into the street, but traffic made it difficult for him. I stopped so he could get out. He backed out of his driveway and drove away…no courtesy wave. He certainly didn’t owe me anything, since I did it out of the kindness of my heart, but really? I couldn’t believe it! I stopped traffic for him, and he couldn’t just hold up his hand to thank me? That’s like someone holding open a door for you and you don’t say “thank you”! Come on, dude! Just give me the wave!

Another afternoon, I was picking up my child from a crowded place. The car next to me and I allowed a car to pass in front of us, so he could exit. He didn’t even look at us, much less give a courtesy wave. I looked over at the driver of the car next to me and recognized him, so I put down my window and said, “Wow. A courtesy wave would have been nice.” He responded, “I thought the exact same thing!”

But it happens all the time. I think there are way fewer courtesy wavers than there used to be. I don’t get mad, but I often wonder if they know how great the courtesy wave is. Courtesy waves carry a lot of power, but if you don’t do it, you’ll never know. They have the power to make someone feel appreciated; or to apologize; or to offer forgiveness.

I’m an extreme courtesy waver. My courtesy wave is one long continuous wave from different angles…or accompanied by a “thank you” if I’m a pedestrian. I offer that wave in different situations. Here are some examples:

I understand frustration in traffic. There are lots of things I dislike about driving: slow drivers in the left lane, drivers who fail to yield the right of way, people who change lanes without looking, and more, but a lot of those things can be forgiven with a courtesy wave. Sometimes slow drivers don’t realize they need to get over, but if they give me a quick wave and move over after I pass them on the right (ugh…if I’m having to pass you on the right, you’re doing it wrong), all is forgiven. I know they don’t care if I forgive them or not, but it’s civility.

***Thank you for reading Kelly Mattei’s Favorite Things. If you enjoy my blog, please go “LIKE” it on Facebook.***