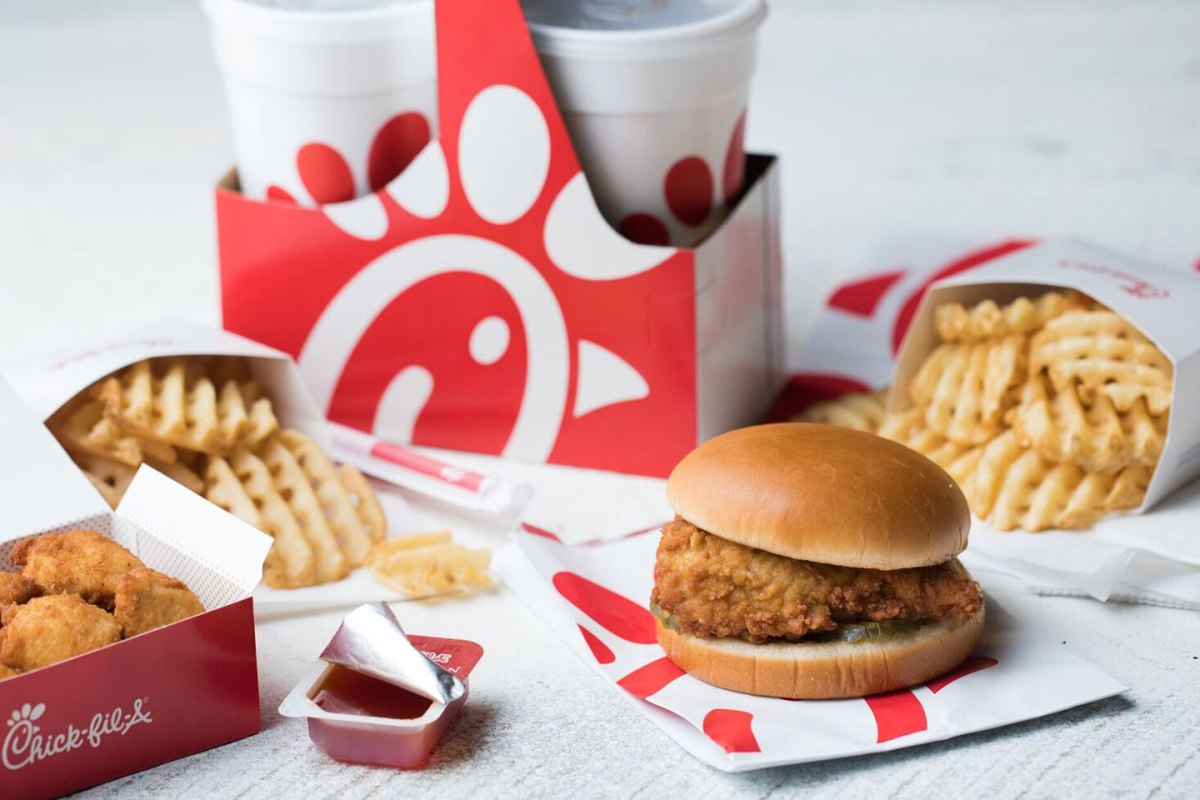 Anybody who knows me knows I love to win. I don’t care about winning an argument. I don’t care about getting my way. But if there’s a competition of some kind, I like to win. A friend of mine has a dog in an online photo competition? I vote as many times as I can. Another friend has a child trying to get votes for soccer player of the year? I’m sharing it and voting every chance I get…even when I wake up in the middle of the night. And I do it, because I want to win…or at the very least, I want someone I know to win.

I have always loved Chick-Fil-A. The first one I ever visited one was in Eastdale Mall in Montgomery, Alabama, in 1977. The mall had just opened, and I was 10 years old. One of the employees was outside the store, in the mall corridor, holding a tray full of tiny bite size pieces of a Chick-Fil-A chicken, so I took one…and I never looked back. I ate there every time I went to the mall, and that was pretty often. But back then, they didn’t have waffle fries. They had shoestring fries, and really…I liked those better, but when they changed them, it was OK…i got used to them. I think they changed them at about the same time I visited my first free-standing Chick-Fil-A on Windy Hill Road, in Marietta, Georgia, in 1990, but I could be wrong on the timing. That was the first place I had their waffle fries, and I didn’t love them, but I have developed a taste for them. They had yummy cole slaw then too. It has since been removed from their menu, but I tried their new mac and cheese last week, and it was pretty darn good. I’ll always miss the cole slaw, though.

And a couple of years ago, we got the Chick-Fil-A One app. Oh, it’s a total game changer. Download it to your phone and have it scanned every time you purchase food there…or better yet, load money into the app from your debit card, and you can even purchase food using the app. That’s where my winning comes in.

My goal is to have more Chick-Fil-A points than anybody else. OK, so I know I’m not really going to ever have the most Chick-Fil-A points. I have one child. We can only eat so much, and even if her friends are with us, there’s only so much they can all eat. But I’m giving it the old college try. I am the mom who refuses to part with any of my Chick-Fil-A points. I’m just letting them add up. My favorite Chick-Fil-A location was closed for a few months last year, because of a remodel, and that really cut into my points accumulation, but I have red status, meaning that I have accumulated enough points to get 12 points per purchase on the app…two points more than just a regular member.

And I really love sports season or parties, because if someone needs a volunteer to bring in a nugget tray, I’m your gal! Yes, I know…I’m spending lots of money to get those points, but it’s not like no one eats it. Every single time I’ve ever delivered a nugget tray to a team or group, no nugget has been left unturned. With a sports team, every nugget is usually gone within five to ten minutes…so it’s money well spent. Teens love Chick-Fil-A.

So without telling you how many points I have right now, I can tell you this: my plan is to accumulate enough points that our daughter can get free sandwiches all the way through college when she goes in three years. I’m still trying to figure out exactly how many that will be, and I have nowhere near enough points, but I’m on my way!

An added bonus? I don’t have to get out my credit or debit card every time I go through the drive thru! Before I had the app, I would hand them my card to pay, and then when they handed me back my card, I would get in a rush and just put it in the wrong pocket of my handbag or wallet, and the next time I wanted to use it, I would panic, thinking I had lost it. With the app, I just hold up my phone to pay, and they scan it right from there…no more fumbling for my debit or credit card, and no more panic later when I can’t find it.

But here’s more motivation for you to get enough points to become a red member on the Chick-Fil-A One app: when you reach red status, you get even more special stuff! Once you reach red status, you and five guests can get a “backstage tour” of the Chick-Fil-A home office in Atlanta…just give 30 days notice. And as if that’s not enough gratitude, you also get two free tickets to the College Football Hall of Fame in Atlanta! If you are a football fan who has never visited, it’s a must-see. I took my daughter a few years ago, even before I had the Chick-Fil-A One app, and we both loved it!

So yes, I have a problem…I like to win. And even though I know it’s costing me money every time I get those points, I know I am accumulating points in the process…and I’m on my way to free sandwiches for our daughter when she will need them most. She won’t have to feel guilty one bit about going to Chick-Fil-A when she’s in college, because it will be FREE!