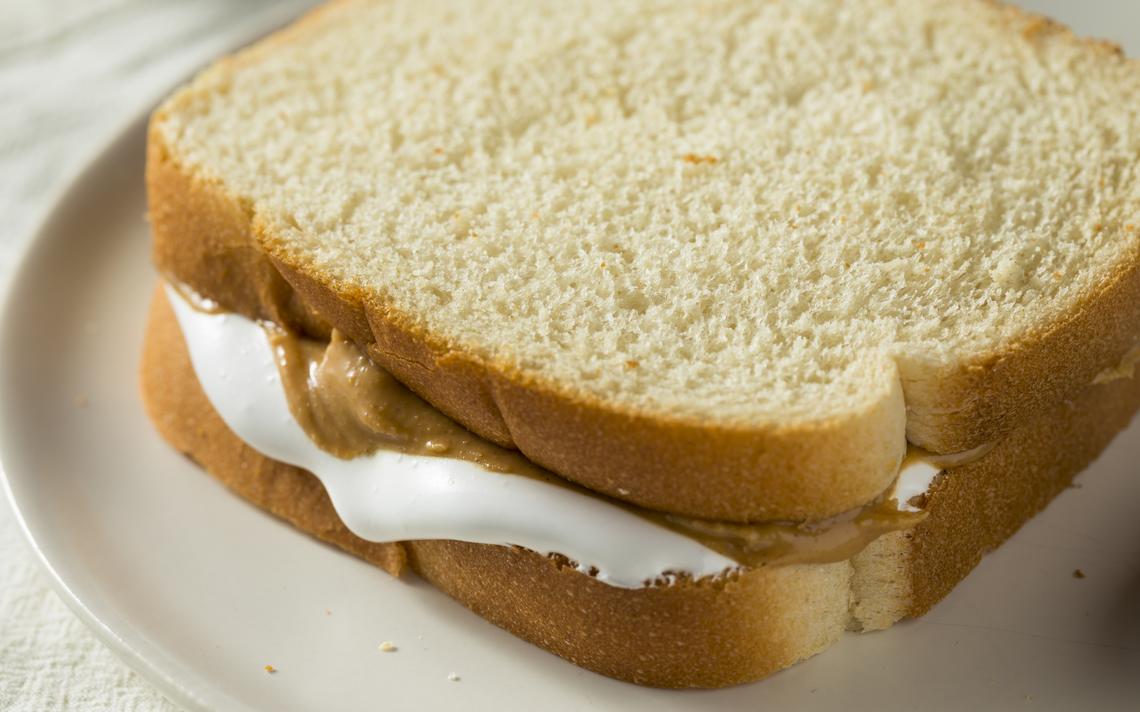 My friends in New England have known about Fluffernutter sandwiches their whole lives, so they might be surprised to know people in other parts of the country have never heard of them. Well, I can’t speak for people in the midwest or west, but I know lots of people in the south are unaware of the Fluffernutter.

How do I know that? Well, after I posted about Fluff and Fluffernutters on my personal Facebook page this week, I got lots of comments from friends, saying they had never heard of the Fluff/peanut butter combination. One friend emailed me, saying, “I had no idea marshmallow fluff was such a thing! I’ve bought it for a recipe. But never just to eat!” Yet another friend asked me if Jet-Puffed brand marshmallow creme works the same. Short answer? No…it doesn’t spread the same way. Only Fluff will do.

I learned about Fluff and Fluffernutters years ago, because I had the good fortune of meeting a friend who had grown up in the Boston area. She became one of my closest friends ever for lots of reasons, and yes, maybe the fact that she introduced me to Fluff made me love her even more! She loved Fluff and had been eating it since she was a little girl. In fact, she said that when she was a child, her grandmother would often make her Fluff sandwiches…sans peanut butter…because that’s what she liked! We would laugh when we talked about it, because she was basically eating a sugar sandwich. My daughter loves a Fluffernutter…even now that she’s in high school, I put them in her lunch every now and then.

If you’ve never tried a Fluffernutter sandwich, it’s high time you did. You will wonder how you managed to live so long without knowing about this glorious treat! I was probably close to 40 when my friend told me about it. In fact, I included it in a list of simple sandwiches in a post a couple of years ago. You can see that here. Peanut butter is good with lots of things…bananas, chocolate, apples…the list goes on and on. So should it be any surprise that combining it with marshmallow Fluff makes a great combo too? Trust me. Once you’ve learned this hack, you’ll never go back. I have a friend in Alabama who says she gained 20 pounds after I introduced her to Fluffernutters.

And recently I learned that some people toast their Fluffernutters! I had no idea that was a thing, but I’ll be trying that today too! How did I never think of that? Does anything sound more like comfort food than a toasted Fluffernutter?!?

So if you are a parent or grandparent who has never tried a Fluffernutter or served one up to your child or grandchild, now is the time. You can be a hero at home if you make them this treat! *Disclaimer: Of course, if they are allergic to any of the ingredients, do not serve it.* Kids gobble up this treat! I have a friend in Alabama who is a grandmother, and she questioned me about it after my Facebook post. I told her the grandkids will love it!

If you have trouble finding Fluff in your grocery store, you can order it from Amazon here. I recently ordered it after I couldn’t find it in grocery stores in Charlotte. I used to get it in Target, but I haven’t seen it there in a while. (There’s nothing wrong with Jet-Puffed, but it just doesn’t spread the same way.)

When you try it and love it, say a little prayer of thanks and tell God to give a thumbs up to my friend, Wendy, in Heaven. She passed away in June of 2018 after battling cancer for years. But I think of her every time I have a Fluffernutter or Dunkin Donuts Iced Coffee.

Bring on the Fluffernutter!