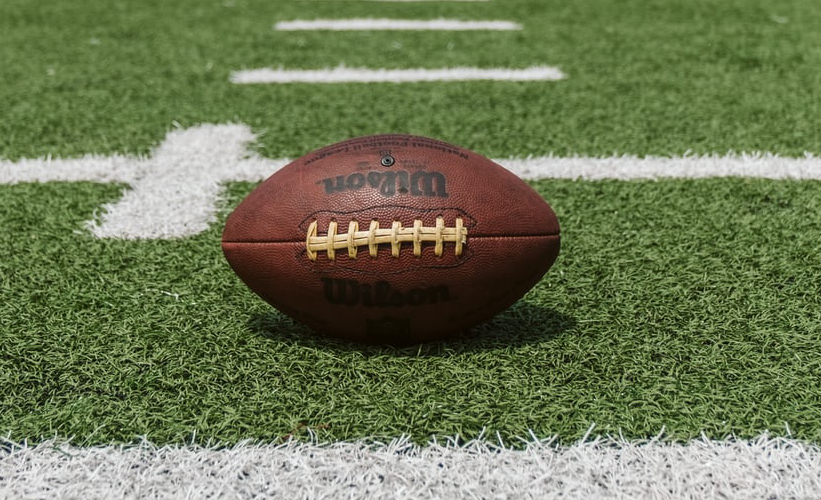 It’s that time of year! College football (my favorite) is over, and there are just a couple more weeks of NFL games…division championships and the Super Bowl on February 2, Groundhog Day. This year, it’s Super Bowl LIV…that’s 54 for those of you who can’t read Roman numerals. Plus, it looks kind of cool that it’s LIV…makes me think of LIVE! I’m probably the only one thinking that, so I’ll move on.

Once the Super Bowl is over, we have to wait months for football to start up again, so let’s have a party!

I remember lots of past Super Bowls. The earliest one I remember is Super Bowl XII, between the Dallas Cowboys with Roger Staubach playing quarterback and Tom Landry coaching, and the Denver Broncos and their “Orange Crush” defense. I had likely watched other Super Bowls, because my parents were big sports fans, but that’s the first one I remember…maybe because it was the first one played in prime time? And boy, was it hyped! It was also the first one played in a domed stadium, the Louisiana Superdome, and the Cowboys won 27-12. I remember others too, and I wish I remembered Super Bowl X, in which Kenny Stabler, at quarterback, led the Oakland Raiders to victory over the Minnesota Vikings, but I don’t remember it. I remember Super Bowl XXXVIII for the wrong reason: Janet Jackson’s wardrobe malfunction. I remember it, because we were at a friend’s house who had previously played for the Carolina Panthers, and the Panthers were playing the Patriots. I had a 3-month-old baby, and I was tired, but I wanted to go, so I took the baby with me. I took the baby home right after the wardrobe malfunction, but that night lives on in my brain.

So this year, we don’t know yet who will be playing, but we can at least start planning our menus for parties! Since it’s just two weeks ago, I need to wrap my brain around a few recipes for the big day. I don’t go all crazy with a gigantic spread, but I want to have a few tasty snacks. Using Hungry Girl as my guide, here are a few I plan to use:

Buffalo Chicken Chili. Sure, I could make regular old chili, and I’m sure most folks would think it’s great, but why not change it up a bit? You can make Buffalo Chicken Chili in your slow cooker, and will be gobbled up by all your guests. It takes two things sports fans love, chili and Buffalo chicken, and mixes them together for a unique flavored chili that’s super easy to make. You can see the recipe here. 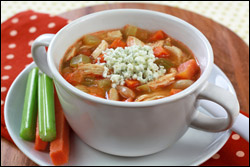 Cheeseburger Meatloaf. Not gonna lie…anything with “cheeseburger” in the title sounds good to me, and this is no exception. Cheeseburger Meatloaf? Yes, please! And have no fear…just because these are better for you than a normal fatty cheeseburger, they’re still delicious! I’ve made these several times, and the flavor is incredible. Plus, they are made in muffin pans, so the portion sizes are perfect. In fact, you can eat two of these and still stay under 200 calories! Mmm mmm good! Every man at the party will thank you for these hearty, flavorful treats. See the recipe for Cheeseburger Meatloaf here. Hungry Girl has other great cheeseburger-y recipes too. Maybe you’d like to make the Layered Cheeseburger Dip (recipe here)? Or serve the Air Fryer Cheeseburger Egg Rolls (recipe here)?

Veggie Chips. Nope, not the packaged ones you buy in the store. Hungry Girl has some great recipes for veggie chips made in your air fryer! I love the Air Fried Ranch Zucchini Chips (recipe here), and even my daughter liked them. Trust me, she’s a picky 16-yr-old; if she likes them, they are really good. Or maybe you love fried pickles at your favorite sports bar. Make a healthier version of them, Faux Fried Pickle Chips, in your air fryer with this great recipe from Hungry Girl (click here)! If you don’t have an air fryer, you need one. I just moved into the 21st century myself and purchased one…greatest invention ever!

Healthier Super Bowl Spreads. Everybody knows that for a Super Bowl Party, you need to have dips, and Hungry Girl doesn’t disappoint in this category. I’ve made several of the recipes on the site, and one of my personal favorites is in her book, Hungry Girl Clean & Hungry Obsessed. It’s called the For the Win Spinach Artichoke Dip, and the flavors are fabulous. You can purchase the book at Amazon here. In the same book, she has the Ultimate Ate-Layer Dip, a healthier version of the seven layer dip we all know and love. I highly recommend the book, and you can still order it in time to make the recipes for Super Bowl. On the website, though, she has Turkey-rific Taco Dip, a great mixture of flavors (see here), and Buff Chick Hot Wing Dip, which has been a big hit when I’ve served it. See the recipe here. 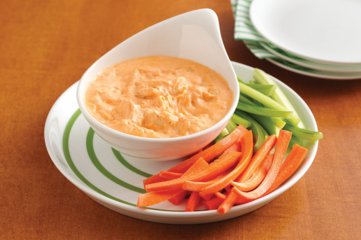 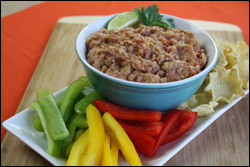 Pitcher Cocktails. I find it’s easier to make cocktails by the pitcher to save myself running back and forth to the bar. Hungry Girl has some great options for that too! The Sassy n Spiked Pink Lemonade Pitcher is a great choice…who doesn’t like spiked lemonade? See the recipe here. And I also love the Sparkling Sangria…also made in a pitcher. See the recipe here. 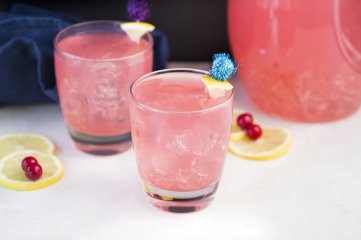 And don’t forget, to keep it fun but healthier, you can always serve veggies for dipping instead of chips. See in photos above that Hungry Girl has carrots, celery, and bell peppers for dipping.

Happy Super Bowl! And as Hungry Girl would say, “Chew the right thing!”

***All photos courtesy of Hungry-Girl.com. To sign up for daily emails from Hungry Girl, click here. On the pull-down menu asking where you heard about Hungry Girl, click HG Ambassador, and enter my name (Kelly Mattei). Thank you!***